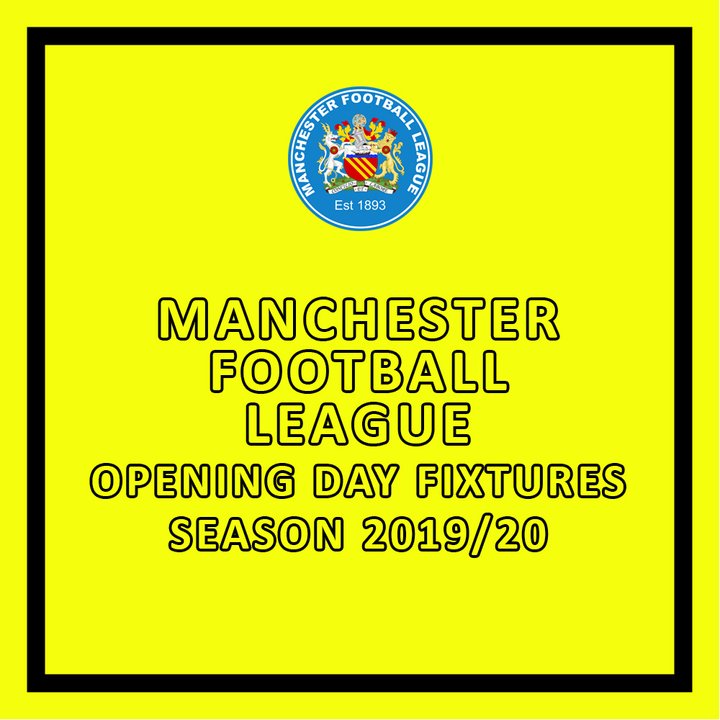 We can now reveal the first phase of fixtures for the Manchester Football League 2019/20 campaign.

We are now just over 2 weeks away until the start of the 2019/20 season and we can now reveal the fixtures up to December for the Premier Division, Division One and Division Two.

Premier Division
The champions begin their title defence with a trip to Belle Vue where they will face Manchester Gregorians while Gilgryst Cup winners, Rochdale Sacred Heart kick off their campaign with a home tie against Royton Town.

Heywood St James, Division One champions, start their top-flight season at home to Dukinfield Town while fellow promoted side Pennington make the trip to Crossford Bridge to take on Old Alts.

Division One
After relegation last season, East Manchester will look to bounce back up as they start off life in Division One at home to Altrincham Hale while promoted side, Moorside Rangers host Leigh Athletic in their debut Division One campaign.

Full league fixtures up to December can be found on the fixtures page.

Fixtures for Divisions Three, Four and Five will be announced nearer to the start of the season as they kick off on Saturday 7th September. We will keep you posted on relevant dates.

NB - All fixtures are subject to change.

 Results Round Up | Saturday 10th August 2019 Football is back! The 2019/20 season is finally here and we saw plenty of action in the Premier Division, Division One and Division Two on the opening day.

Cup Competitions - 2019/20  The draws for the first round of the Gilgryst Cup and Murray Trophy are announced.