The fixtures for the upcoming 2022/23 season are here!

It's time to get excited with just over three weeks to go until the new campaign gets underway.

The fixtures for the upcoming 2022/23 season are here. 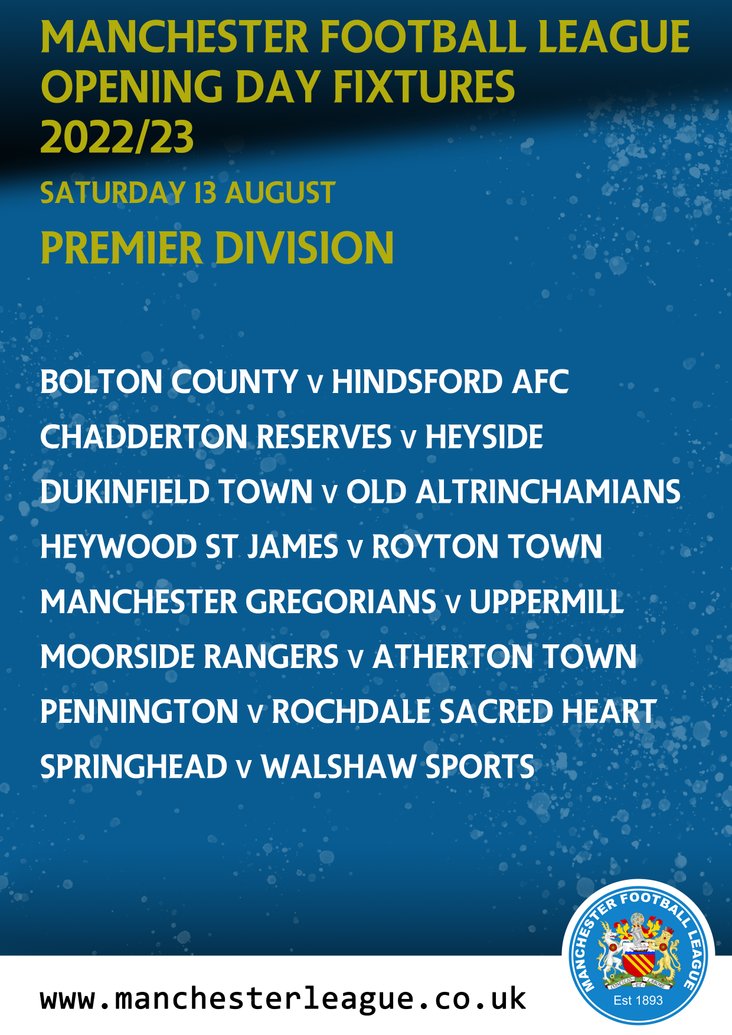 Champions Hindsford begin their title defence on their travels to last season's runners up, Bolton County. It looks to be a tasty affair over at Chadderton Reserves who host local rivals and Gilgryst Cup winners, Heyside.

Two of the three promoted teams face each other as Moorside Rangers host Atherton Town whilst Uppermill, the third of the promoted teams, travel to Manchester Gregorians on the opening day. 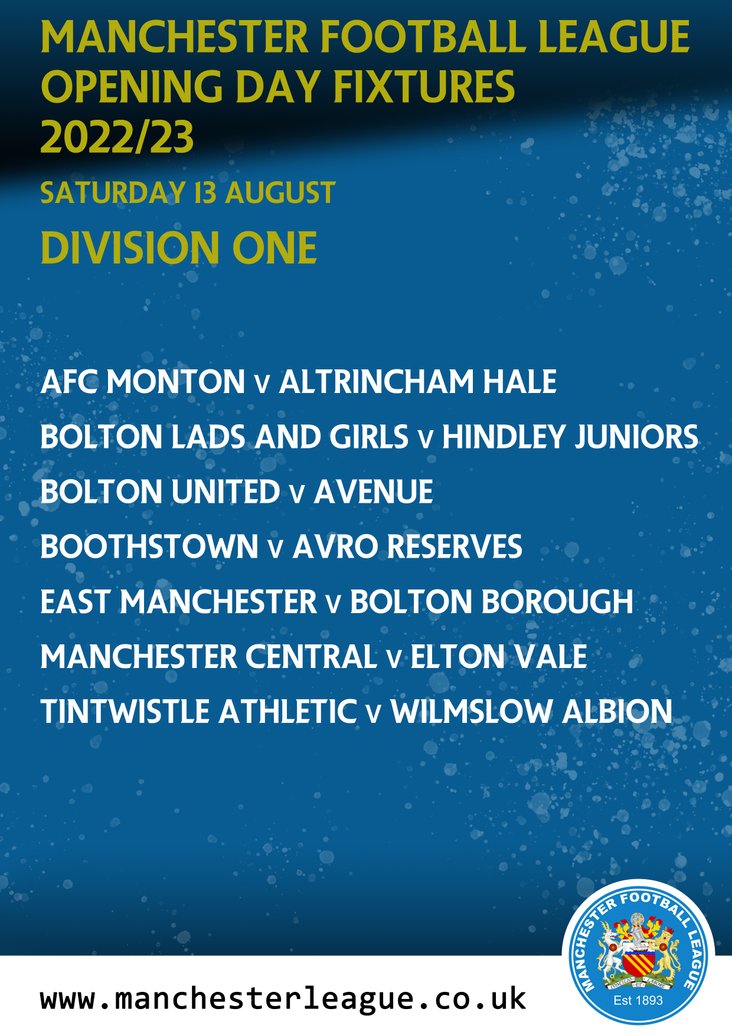 Dukinfield Town face Old Alts in the final game of the first round of fixtures as the Premier Division gets underway.

This year Division One boasts a much healthier fifteen teams following the reshuffle and the promotion of seven teams. 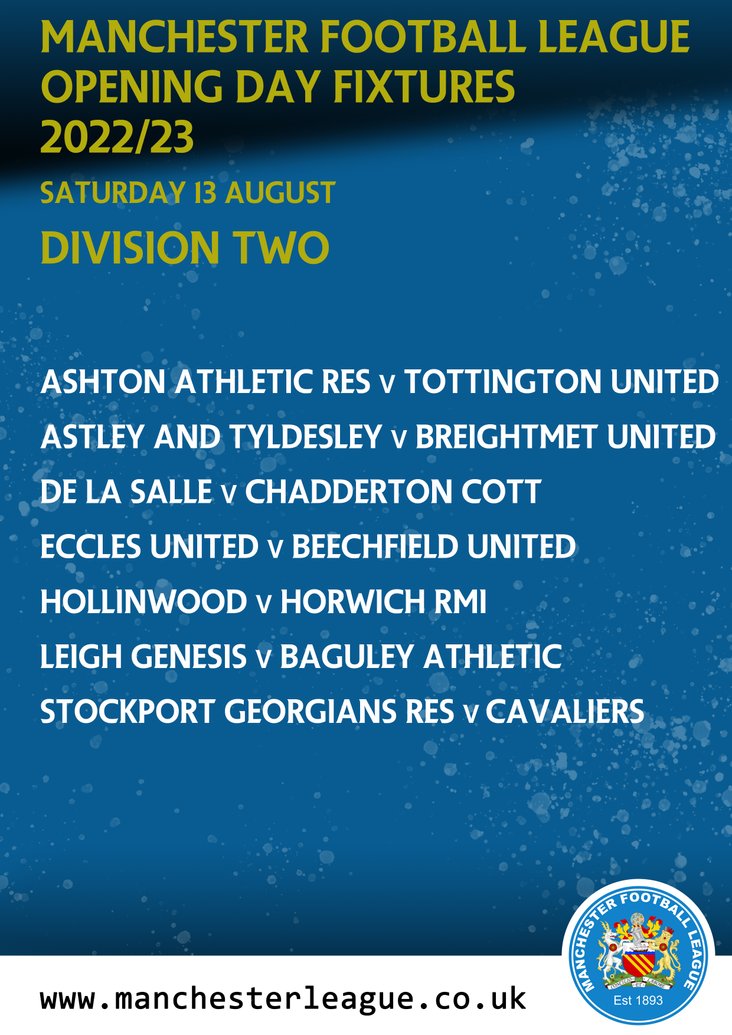 Last season's Division Two winners Bolton United begin their campaign with a home tie to Avenue who are no strangers to each other. AFC Monton welcome Altrincham Hale to New Alder Park in a repeat of last season's Murray Trophy final.

East Manchester kick off their season with a home tie against Bolton Borough whilst Avro Reserves begin life in Division One with a trip to Boothstown. Manchester Central welcome Elton Vale to their new home in their opener with Bolton Lads and Girls hosting Hindley Juniors.

Tintwistle Athletic play Wilmslow Albion whilst Govan and University of Manchester will have to wait to get their campaign off the mark.

It promises to be yet another exciting season in Division Two as six new clubs and one new team join us.

Following the move up the footballing ladder of their first team, Stockport Georgians Reserves have now been placed in Division Two as they start off at home to Cavaliers.

Two of the new clubs face each as De La Salle host Chadderton Cott and its the same case where Ashton Athletic Reserves host Tottington United.

Divisions Three, Four and Five will begin their campaigns on Saturday 3 September and their fixtures will be revealed nearer the time.

All fixtures can be found here and are subject to change.

Dates For Your Diary  Here are a few dates for your diary ahead of the 2022/23 season.