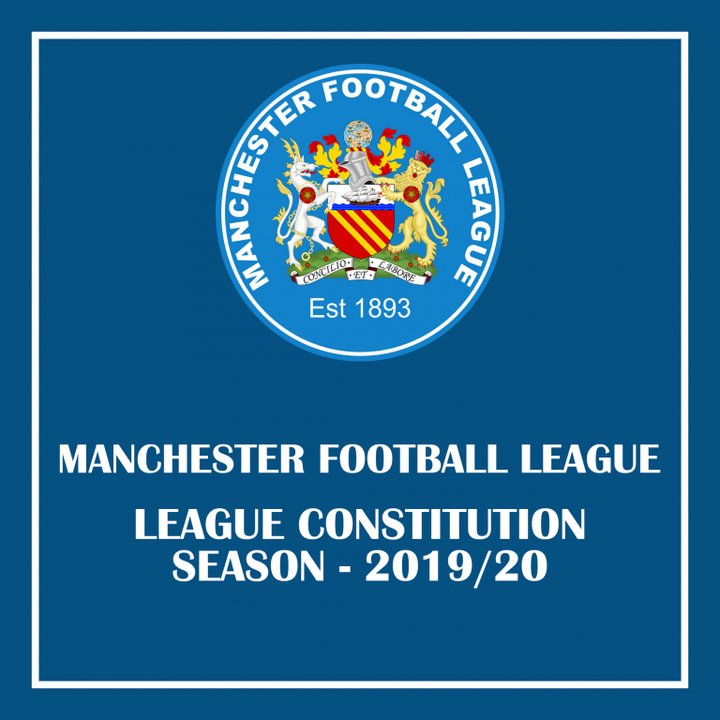 Following the AGM which took place last week, The Manchester Football League can confirm the constitution for the upcoming 2019/20 season.

This season sees the numbers increase again as we welcome new clubs to the MFL plus a host of new teams from our existing member clubs.

We are joined by newcomers Bolton United and FC Unsworth plus the return of AFC Monton following their early departure in the 2018/19 campaign. We also welcome additional reserve teams and development squads which has meant the introduction of an extra division, taking the total up to six divisions.

Invitational Cups
This year’s Norman Noden Cup will be contested between Hindsford and Rochdale Sacred Heart as the Premier Division winners host the Gilgryst Cup winners.

The Terry Wood Cup will be played between Division One winners, Heywood St James and Murray Trophy winners, Avro Res.

Both ties will be played on Saturday 3rd August 2019.

Kick Off
The 2019/20 campaign will kick off on Saturday 10th August for the teams in the Premier Division, Division One and Division Two whilst the teams in Divisions Three, Four and Five will have to wait until Saturday 7th September to get their season underway.

Fixtures
Currently there is no confirmed date for when we can release the first batch of fixtures. As we have clubs in our league who have teams that compete in the North West Counties, we have to wait on the confirmation of their fixtures and the release of the cup dates for the County competitions before ours can be put together. Thanks for your patience with this.

 Cup Competitions - 2019/20 The draws for the first round of the Gilgryst Cup and Murray Trophy are announced.

Results Round-Up | 04.05.19  We cover off all the results from Saturday afternoon in the penultimate weekend of the 2018/19 Manchester Football League campaign.