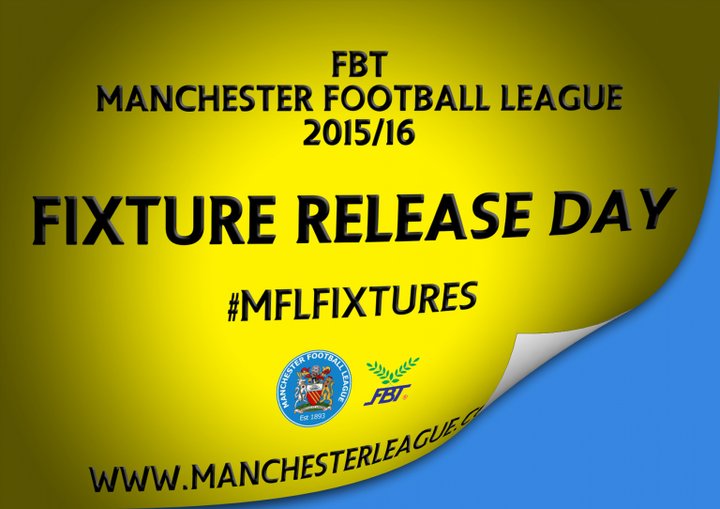 The FBT Manchester Football League 2015/16 season takes a step closer today as the fixtures for August and September are revealed.

Premier division champions Stockport Georgians begin their title defence at home to 2013/14 champions Hindsford. Last season’s runners-up, Walshaw Sports, hope to go one further as the travel to St Johns Street to face Springhead. Division one champions, Old Alts, host Atherton Town in their first game while the other two newly-promoted sides are on their travels. Boothstown go to Manchester Gregorians and Uppermill will make their way to Royton Town.

The two new entries into the Manchester Football League make their debut in division one and have been given home ties to start off. Urmston Town host Leigh Athletic while Westbury Sports Club will face Hollinwood. After relegation from the premier division, East Manchester start their bid for a return by hosting Irlam Steel while Chapel Town face Heywood St James and Elton Vale travel to Pennington.

After a number of changes to the league formation during the summer, a decision was agreed that Division three will now include reserve teams and ‘A’ teams, with the possibility of two teams from the same club facing each other.

The 2015/16 division four champions, Walshaw Sports A, begin their division three era with a visit to Chapel Town Reserves while the runners up, Royton Town A, welcome Irlam Steel Reserves to The Oldham Academy. Brand new side, Hollinwood A, start the season at home to Old Alts Reserves.

There are no league fixtures on 12th September and 19th September due to cup games scheduled to be played. The draws for the Gilgryst Cup, Open Trophy, Murray Trophy and Bridgewater Cup will be made on Monday 3rd August.

Full opening day fixtures are below.

Fixtures up to including 26th September can be seen here.

Fixtures beyond that will be announced at a later date.

NB: Could we remind all clubs, who have not already done so, to notify Scott White – Fixtures Secretary of any ground availability issue as soon as possible.

MFL Fixture Release Day  The wait is nearly over...