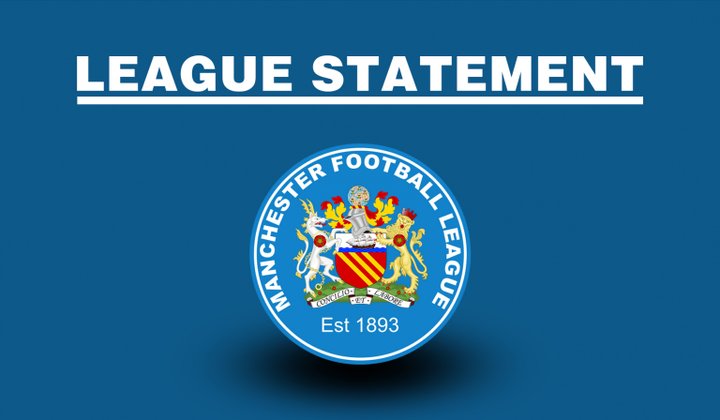 The Manchester Football League has an update regarding the 2020/21 season.

Following consultation with our member Clubs, it has been decided to null and void the 2020/21 Manchester Football League season.

On the evening of Monday 22nd February 2021, a meeting was held via zoom where our Clubs and the League Management Committee discussed the possible ways forward after the government announcement of the easing of the restrictions.

Following this meeting, it was agreed by all for a questionnaire to be sent to the secretaries of all 36 member Clubs for them to indicate their wish on whether or not they would like the 2020/21 season to continue or to null and void. The Clubs also had chance to vote on whether they would enter a cup competition, should the league campaign not continue.

The responses from the questionnaire proved to be in favour to null and void the 2020/21 season. From the 36 Clubs, 23 indicated for this outcome while 8 Clubs voted for the season to continue. 5 Clubs failed to provide a response.

25 Clubs voted for a re-constructed cup competition to be implemented in the remaining months of the season, should the league season not continue.

Further communication has been sent to the Clubs today to indicate on how many of their teams are to take part which will help us formulate a suitable format of the above competitions.

We will announce more news on the cup competitions when we are able to.

As always, our aim is to provide competitive football for all who wish to take part and we feel that we can and will, where possible.

Stay safe and be kind.

 Cup Competitions Announced We can reveal the format for the three cup competitions to be played next month.