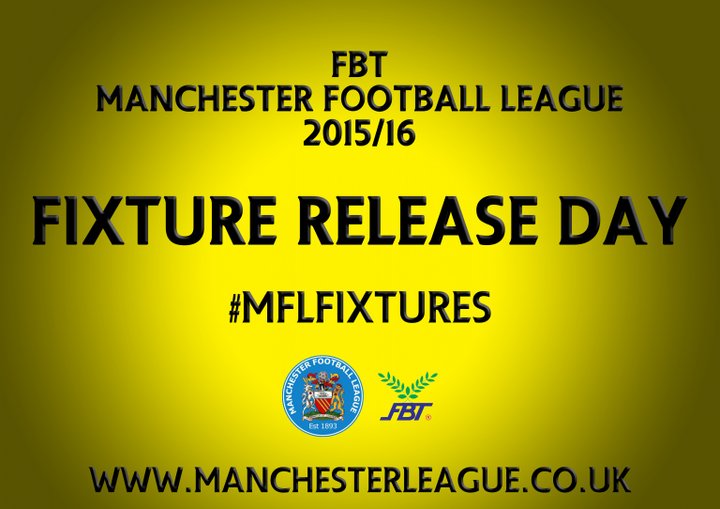 The wait is nearly over...

The FBT Manchester Football League can now reveal that the first batch of the 2015/16 season fixtures will be released on Wednesday 8th July.

Next Wednesday's release will reveal August and September's games, with the rest of the 2015/16 being released in further batches as the season progresses.

As well as the official Twitter account, you can also get the latest news on the fixtures' front via Scott White, our new fixtures secretary, on his Twitter feed here. Use the hastag #MFLFIXTURES if you do send a tweet.

If you have any questions, please email either Scott White or Simon Harrison.

 2015/16 Season Fixtures Released! The FBT Manchester Football League 2015/16 season takes a step closer today as the fixtures for August and September are revealed.
Man Of The Match Awards 2014/15  And the winners are...